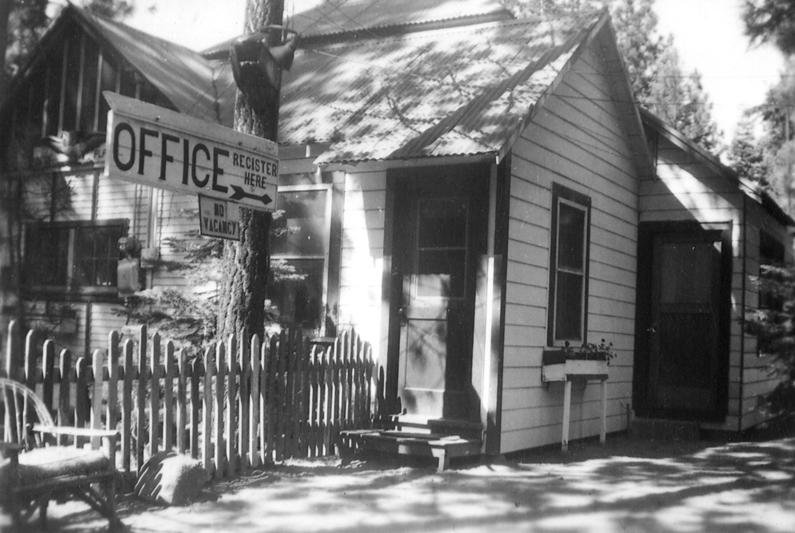 The vacation cabins along the state line were started in 1929; cabins numbered today 2, 4, 7 and 8 were the original structures.

The property was purchased in 1932 by Vincent Francis “Doc” Hughes, who was a medic in World War I, where he received his nickname.

He bought the property for his family and friends, not as a business. Later he rented out cabins and called it Doc’s Place.

He built cabins numbered today 1, 3, 5, 6 (office), and 9. When Doc sold the property, the new owner changed it to Doc’s Cottages. Angie and Lloyd Bretthauer bought the property in 1983 and still own it today.

Doc was a big man, about 6’2” to 6’4”. His son worked at the casino where Harvey’s is today. He used to collect money from the slot machines using kitchen pots.

It is rumored that Clark Gable and Carol Lombard would fly into Stateline and stay at Doc’s. Doc’s granddaughter, Susan Vasquez, said that Doc would never confirm they did because he would never violate someone’s privacy like that. The rumor says that they stayed in what is now Cabin 1, which has the Nevada/California state line running through its front porch. 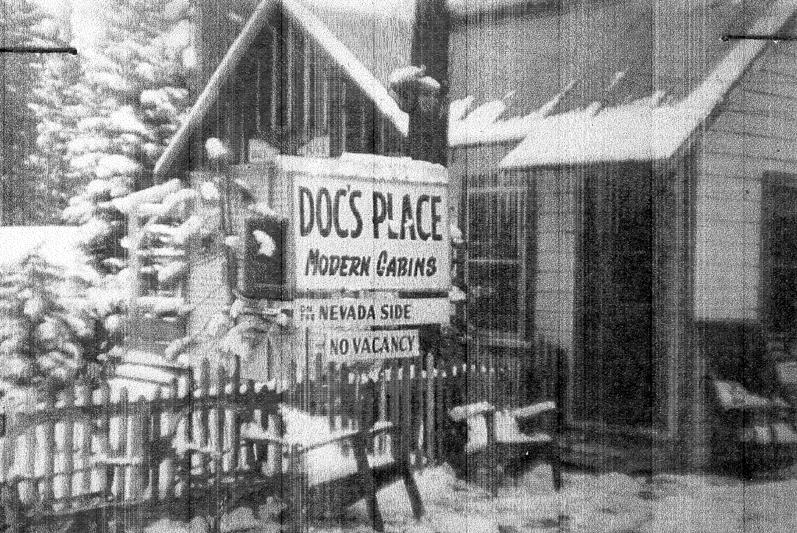