The Johnson Cut-off through South Lake Tahoe has had many names. During the Comstock Lode days it was known as the Road to Washoe or the Bonanza Trail, taking prospectors and supplies to the mines near Virginia City. In the early 1900’s it became the first designated California highway with the distinction of being California Highway 1 (later redesignated U.S. Highway 50). It was also designated the “Scenic Route” of the Lincoln Highway. Near the intersection of Pioneer Trail and Golden Bear Trail a stone bridge associated with the early days of California’s highway system still exists. 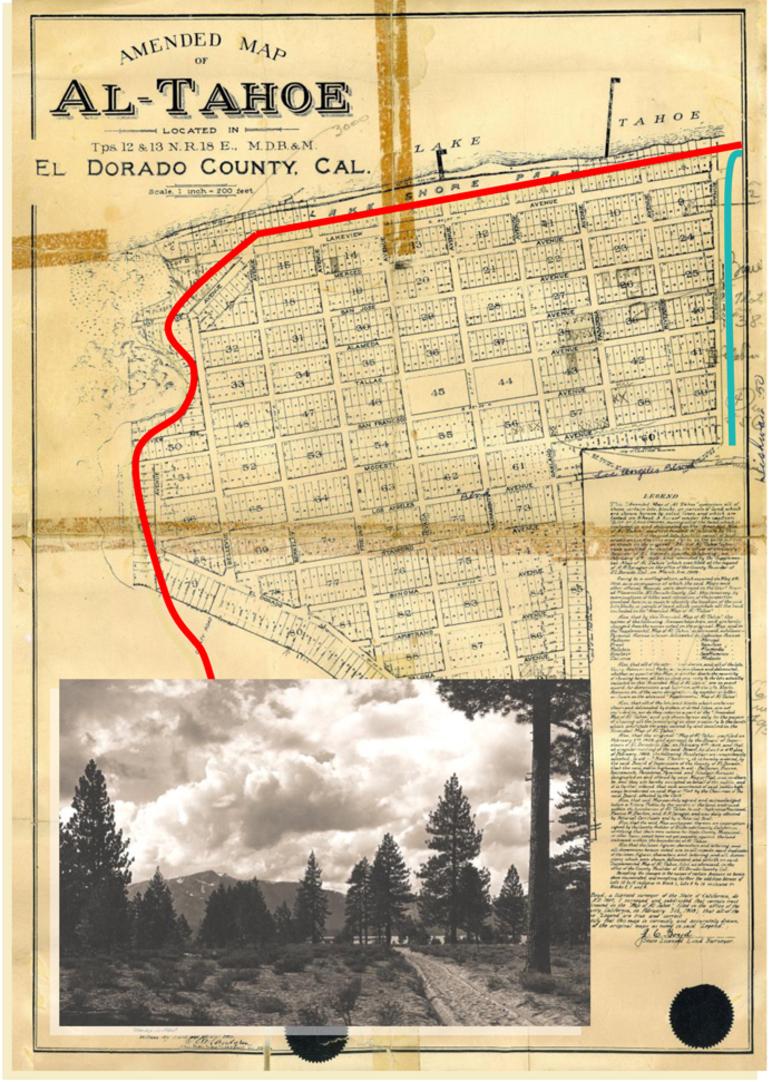 Just beyond the fence is a remainder of one of the original Lake Tahoe wagon roads.

This road is a spur off the highly traveled Johnson Cut-off, known today as Pioneer Trail. The spur took travelers off the main road near the intersection of Pioneer Trail and Hekpa Drive and directed them to the Lake House Hotel in Al Tahoe.

The road followed the Upper Truckee River, skirted the marsh and entered Al Tahoe at the southern end of Bellevue Avenue.

It passed by the hotel and continued up Lakeview Avenue and eventually reconnected with the main road near Pioneer Trail and Lake Tahoe Boulevard (Highway 50). 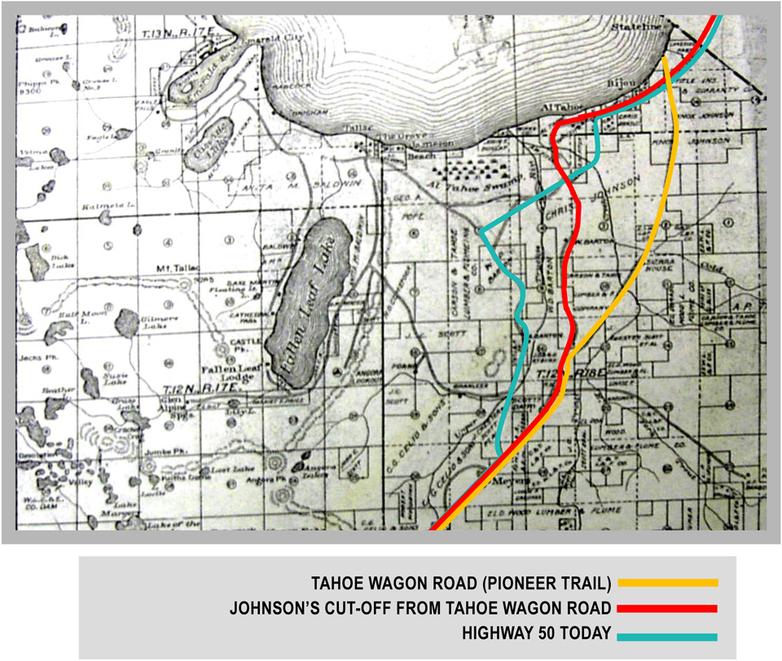