Folks frequently ask, "Who's Al Tahoe?" Maybe a 1970s casino lounge singer? The simple answer is, of course, Al Sprague. The real answer is more complicated; Al Tahoe is a composite of all the pioneers from the Washoe to Seneca Dean and William Lapham to Sophronia and Thomas Rowland to Al Sprague, and finally, to Esther and Frank Globin who made Al Tahoe what it was. It's up to us, the folks of today, to remember Al Tahoe's past and allow the past to help guide us to the future.

The Lake Tahoe Historical Society and the city of South Lake Tahoe hopes you enjoyed this tour of Al Tahoe's past. The tour was developed to honor the City's 50 years of incorporation and as the inaugural leg of an area-wide Lake Tahoe History Trail.

Please visit the museum to learn more about the history of Lake Tahoe and take advantage of the museum's bookstore for books about Tahoe and possible gift ideas.

One last "thank you" to E. B. Scott, author of The Saga of Lake Tahoe, Volumes 1 and 2. The Lake Tahoe History Trail would not be possible without his work. The Saga is available for purchase at the museum bookstore. 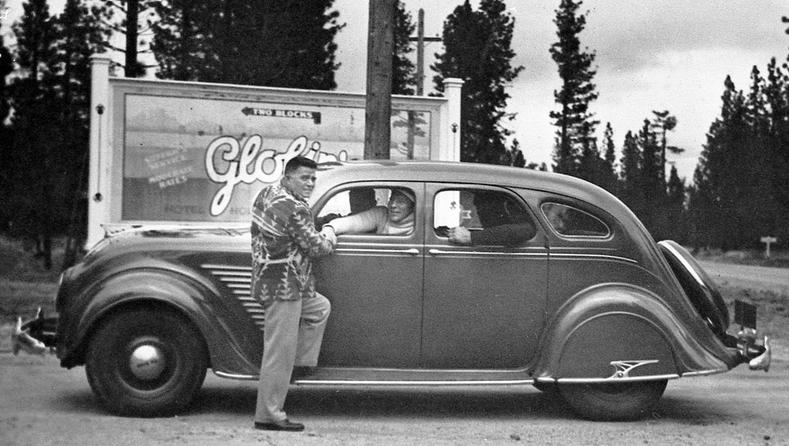 In 1934, Frank Globin welcomes Max Baer to his Al Tahoe resort, where the heavyweight boxer ​will be training
above 6,000 feet to build up his stamina for the upcoming championship boxing match against Primo Carnera.

Esther and Frank Globin were mainstays of Al Tahoe life. During their 40 years at Al Tahoe they saw the neighborhood transition from a rustic but elegant summer vacation resort to a year round urban city neighborhood. Gone are the "good old days" of grand hotels with their "overwhelming crushers" (lively parties) and stately cabins built by well-off Pasadena vacationers. Architecture of the 1950s and ’60s and modern chalets are now the predominant styles, and vacationers are outnumbered by full-time residents. Some of the old architectural links to history remain, if one knows where to look.

Frank Globin passed away in 1965 and Esther followed him in death a few years later. Frank and Esther were without heirs and even though they weren't Catholic, they passed their estate to St. Theresa Catholic Church to be used to construct new church buildings.

The building that spans the length of Harrison Avenue between San Francisco and Tallac avenues housed Globin's Al Tahoe Hotel and other Globin enterprises. Built in the 1930s to take advantage of the newly aligned highway, the building housed Globin's Hotel, California Meat Market, and eventually a gas station. In 1957 a fire nearly destroyed the complex, taking out the second floor of the north end of the building. Today the building houses Rojo's restaurant and bar and the Al Tahoe Market. 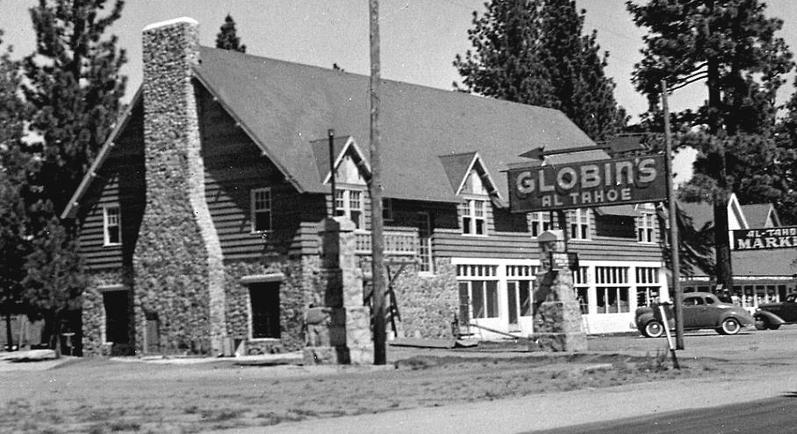