The neighborhood entered the “Globin’s Al Tahoe” era in 1924 when Frank Globini, better known as Frank Globin of Marysville, bought, as one source declares, “all of Al Tahoe.” Exactly how much of the “town” Frank and his wife, Esther, bought isn’t known to this writer, but it must have been substantial as in addition to buying the Al Tahoe Inn they built several brick rental cottages and a home on the northwest corner of Sacramento and Lakeview avenues. The home is now the second home from the corner. Included in the Globins’ holdings was the water company that served Al Tahoe, delivering water from Star Lake. When the Globins bought Al Tahoe they also took possession of the Al Tahoe Pier. 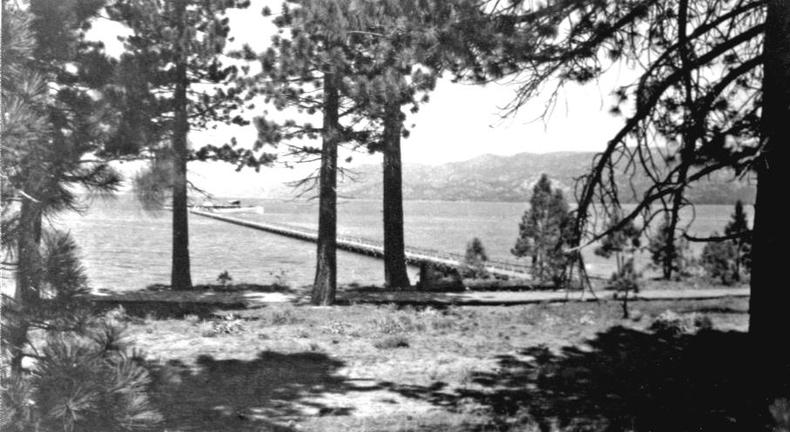 The Al Tahoe Inn continued to be a venue for grand events. Frank expanded the venue, to include a Chalet he built on the pier. The Chalet was a two story affair, built over the water. The first floor served as dance pavilion; the second floor as guest quarters. The Chalet hosted many dances and parties attended by throngs of young people who spent summer vacations at the lake. In 1934, the Chalet was host to the University of California’s first theater season. 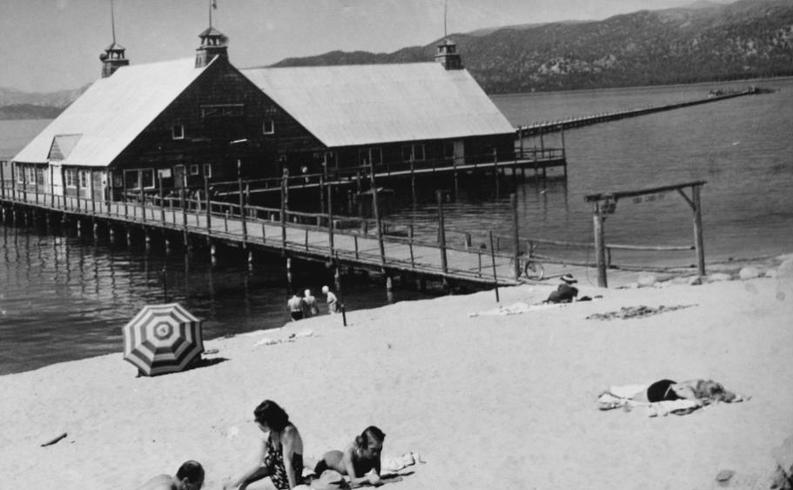 BRICK COTTAGES ON ALAMEDA AND TALLAC

FRANK GLOBIN IN FRONT OF THE CHALET 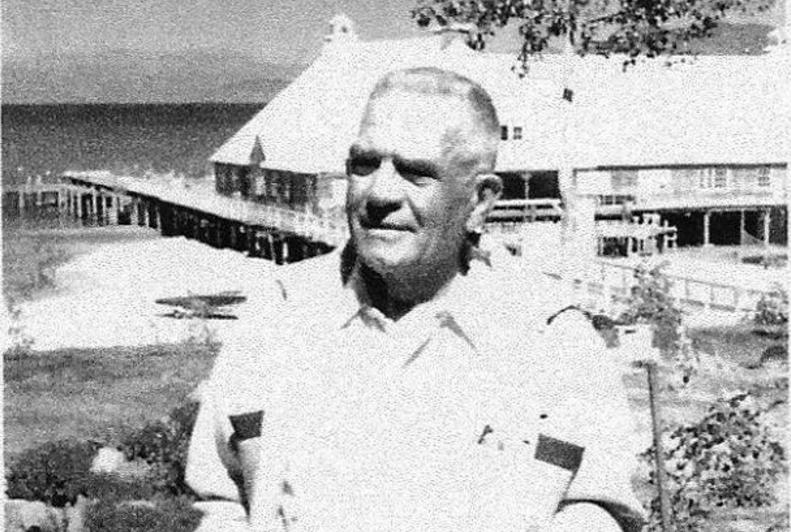 A biography of Dave Brubeck, the renowned jazz musician, describes how Dave, early in his musical career, brought his large band to Al Tahoe to play at Frank’s Al Tahoe Inn. The band overwhelmed the Inn so Dave organized a piano trio from the band to perform at the Inn while the full band performed at the Chalet. More of Dave’s Al Tahoe exploits can be found in It’s About Time: The Dave Brubeck Story written by Fred M. Hall.

CHALET WITH DANCE FLOOR BELOW 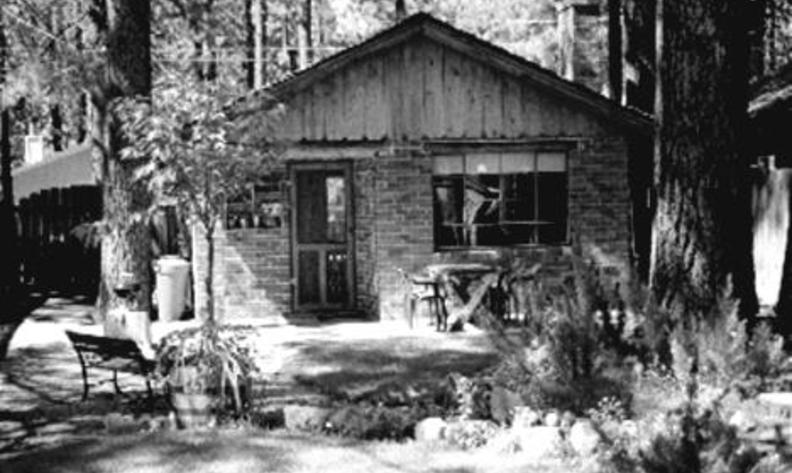 The pier was originally built by Al Sprague to receive lumber for the construction of the Al Tahoe Inn. In 1908 the pier was extended out to deeper water to service the deep draft steamers that were plying Tahoe’s waters. The pier was nearly a quarter of mile long.

The pier and Chalet stood until the 1960’s. By this time they had outlived their usefulness and both were demolished.

In the 1930s the highway was laid out in its present location. Frank, not one to miss a business opportunity, built a new establishment alongside the highway.

Stop number AT-9, the Al Tahoe Hotel, is at the northwest corner of San Francisco and Harrison Avenues. 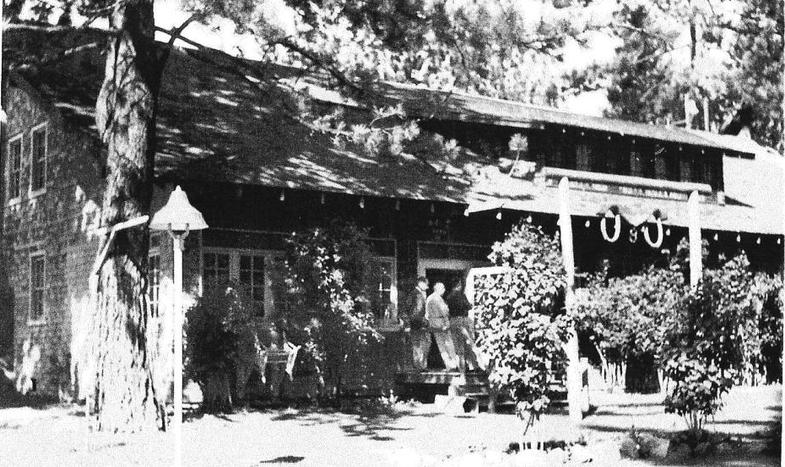