The history of the Al Tahoe neighborhood dates back to when the Washoe spent summers on the shores of Lake Tahoe. Tourists and locals alike spend summers at the lake and other seasons as well, and many live here year round. A study of Al Tahoe history will provide information about how the Lake Tahoe Basin became the place it is today, the pioneers that developed the area, and the Washoe who initially inhabited the area.

​Al Tahoe began as a summer gathering place for the Washoe peoples to hunt, fish, and conduct business when the valleys of western Nevada became hot and dry and generally inhospitable. The shores of Lake Tahoe, then known as Da ow (Washoe for "Big Lake"), provided welcome sustenance and relief from the oppressive valley heat.

In the early 1800s, settlers from the young United States of America began moving to the west coast of North America to settle in the present day states of California, Oregon, and Washington. Their journeys took them by ship around South America to coastal seaports and by wagon across mountain ranges and prairies. Most important to the story of Al Tahoe, the wagon roads at first did not enter the Tahoe basin so the travelers never observed the beauty that was just over the hill.

The discovery of gold in California increased migration to the California gold fields and traffic over the California Trail (Genoa to Woodfords to Placerville or Sonoma) simulated a modern day rush hour commute. The road still skirted the Tahoe basin passing through Hope Valley and over Carson Pass. It wasn't until around 1850 that John Calhoun Johnson, a Placerville area rancher, laid out a shortcut to Placerville that directed travelers into the basin by way of Luther Pass and out over Echo Summit.

Initially, the only Anglo settlement in the basin was Smith's Station (today's Meyers) which served the needs of bivouacked wagons as they waited for their turn to travel over Echo Summit into California. While the Johnson Cut-off brought folks into the basin, they most likely had little interest in the lake, if they even knew it was there, because they wanted to get to the gold and the good life California promised. Most California bound traffic on the Johnson Cut-off was by wagon via Luther Pass. The cut-off, as Johnson laid it out, left Genoa and passed over Spooner Summit and down to the lake. It followed the east shore of the lake to Smith's Station (Meyers) and over Echo Summit to Placerville. The Spooner Summit route was primarily a horse rider and stage coach route. The Johnson Cut-off also served as a Pony Express route and the current Pioneer Trail roughly follows the old pioneer wagon road.

A spur off this route took travelers to Lake House, a roadhouse built by two entrepreneurs with the pioneer spirit who mistakenly believed the Transcontinental Railroad would pass by their establishment. Lake House became the first lakeside "hotel" at Lake Tahoe and while the railroad never passed its door, Lake House laid the foundation for what was to become Al Tahoe. 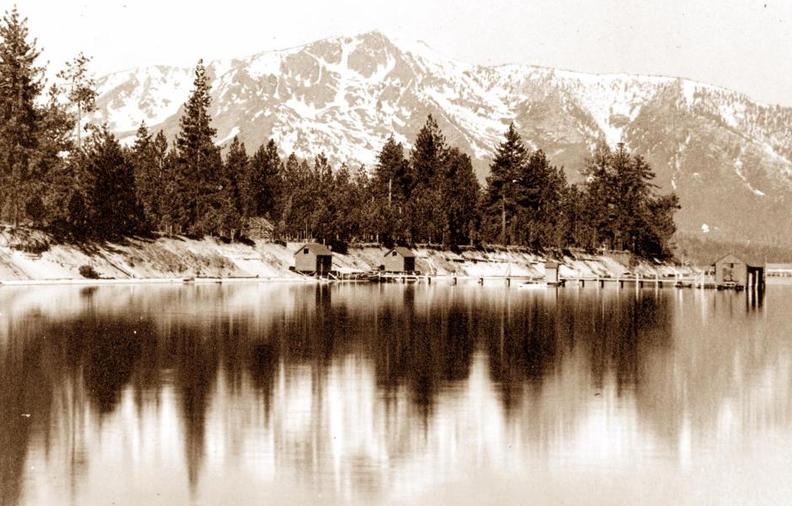 There are other markers scattered about Al Tahoe that chronicle the history of the area and provide glimpses into the history of Lake Tahoe. A map of the markers is available at the Lake Tahoe Historical Society museum, located at 3058 Lake Tahoe Boulevard. The History Museum also has copies of The Saga of Lake Tahoe, Volumes 1 & 2, the ultimate guide to Lake Tahoe history.

The LTHS wishes to thank Dave Borges, an LTHS member, who developed the original walking tour guide of Al Tahoe, and the late E. B. "Bud" Scott, author of The Saga of Lake Tahoe, Volumes 1 and 2, the ultimate resource for the history of Lake Tahoe. 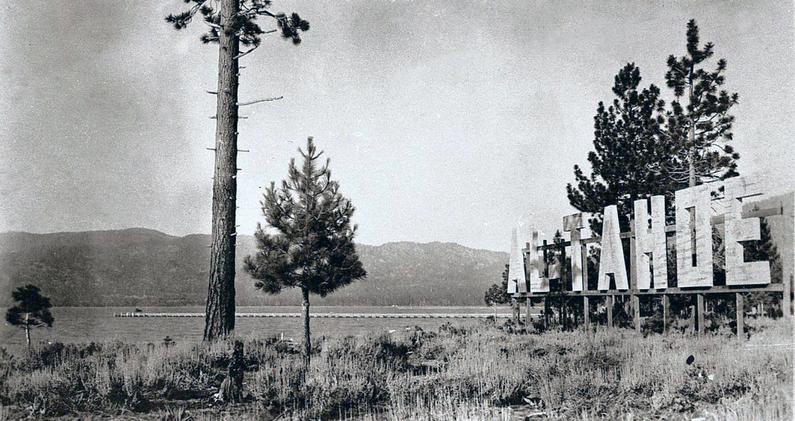