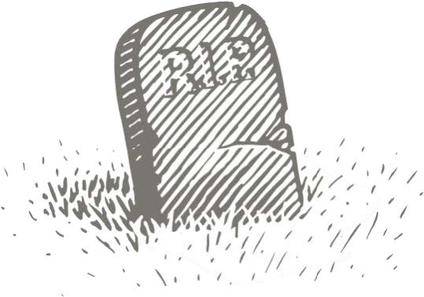 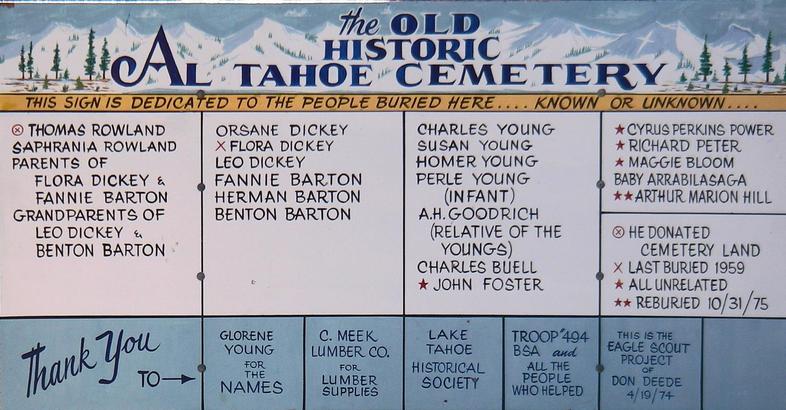 Current and past residents of The Old Historic Al Tahoe Cemetery:

Thomas Rowland may have died without seeing his community transition to AI Tahoe but he and Sophronia have a permanent home there. Thomas and Sophronia are buried at the cemetery which sits on land dedicated by Thomas to be a cemetery. Records show Thomas dedicated the property in 1868; while other records show the first burial took place in 1861. In addition to the Rowlands, other local pioneer families are buried here, including members of the Barton and Goodrich families.

A 1974 Tahoe Daily Tribune article reports the last timely burial, meaning immediately following death, occurred in 1959. There was one more burial, actually a reburial, that occurred in 1975. The story goes that the gas company was digging a trench along Alameda Avenue, apparently using a mechanical trencher as former AI Tahoe Postmaster, Stan Meyers, who witnessed the event, said "bones were flying far and wide!" An urn was uncovered during the trenching and the Historical Society was able to identify the remains from papers in the urn as belonging to Arthur Hill.

Arthur Hill had died in 1913 while in the Bay Area and was buried in the cemetery either on Halloween or on November 1. The Historical Society arranged a funeral procession to the cemetery and reburied Arthur Hill at one minute after midnight, November 1, 1975.

(BETWEEN BERKELEY & FRESNO ON ALAMEDA AVENUE)