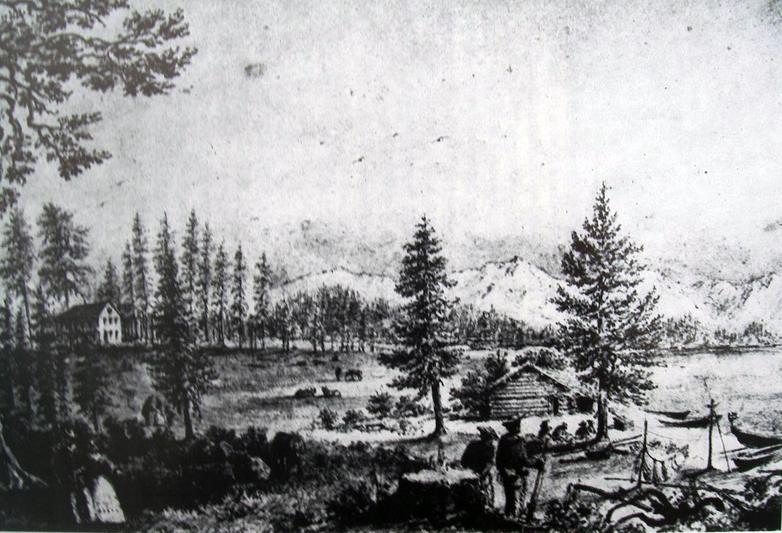 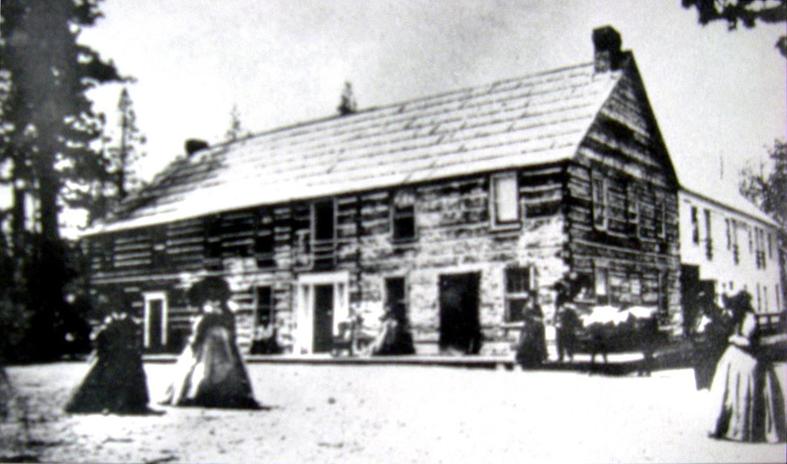 Seneca Dean, a judge from Genoa, and William Lapham began building Lake House Hotel in 1859. The two preempted (a form of homesteading) 320 acres at this location, mistakenly believing the Trans-Continental Railroad would be routed around the east and south sides of Lake Tahoe. Even though the railroad didn't come to Lake Tahoe, the Lake House Hotel benefited from the heavy traffic passing by on the way to and from the Comstock Lode and nearby logging operations.

Hotels in these days weren't the opulent establishments of today. A description taken from The Saga of Lake Tahoe paints a descriptive picture, "At Lake House, a tolerably good sized shanty at the foot of the grade, we found a large party assembled taking their ease as best they could at such a place, without much to eat and but little to drink except old fashioned tarantula juice warranted to kill at forty paces. One hundred maddened gold seekers of a night, on their way to the mines, are milling around…" The writer went on to say, "he was not sorry to get clear of Lake House, with its filth and troubles, but he admitted to being forewarned that it furnished the worst food on the Road to Washoe. In this at least, he was not disappointed."

In 1860, Lapham sold his interest in Lake House to Van Wagener and moved to the current Lakeside area, near the California and Nevada state line, where he built Lapham's Fish Landing and Market, and Lapham's Hotel. Robert Garwood Dean and Seneca Dean soon bought out Wagener's 1/3 interest in the Lake House Hotel, to become the sole owners.

In 1866 the Lake House Hotel burned to the ground. The Deans decided against rebuilding the Lake House Hotel and sold their property to Thomas Rowland, who previously owned Strawberry Station, located alongside Highway 50. Rowland began construction of what was to become the community of Rowland's Station, Site AT-4. 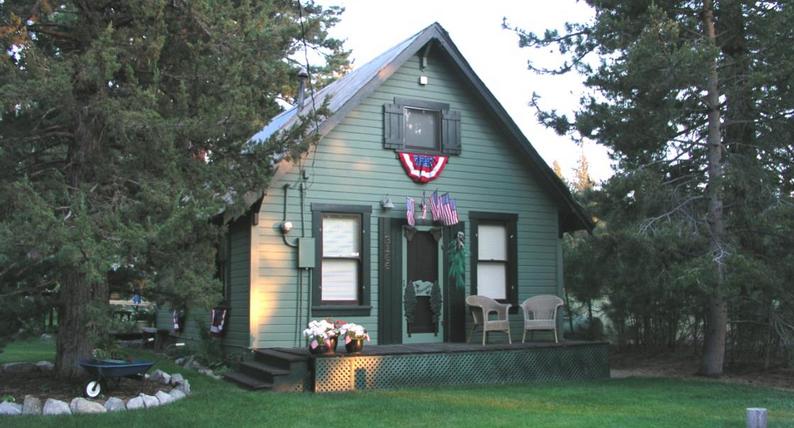 Goodrich House, located at 3166 Bellevue Avenue, currently owned by Kathy and Bill Spangler, is one of the
oldest standing private residences in Lake Tahoe. It was originally a cobbler’s shop in Rowlands’ township.